Don’t get me wrong I love traditional Pizza but, crave a lighter thin crust white pizza (no tomato sauce) on occasion.

I experimented with two recipes.  The first recipe was a proscuitto and arugula pizza.  This pizza was a beautiful contrast of a thinly sliced Italian proscuitto paired with baby arugula greens-it was delightful.  The second recipe focused on summer squashes which by itself can be bland but, paired with caramelized onions, thyme and crushed red pepper and it comes alive with flavor.

The beauty of homemade pizza is the opportunity to savor the season.  There is no set rules for the toppings.  The dough can be homemade or store purchased. You can use what you have on hand or what you see in season at the farmers market.  The effort and time you want to invest is up to you.

You can embrace the lighter healthier side of pizza using the recipes below as your foundation. 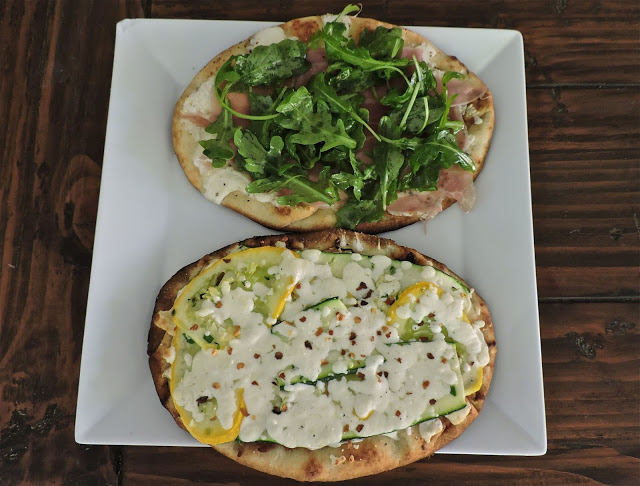 View all posts by fvknapp